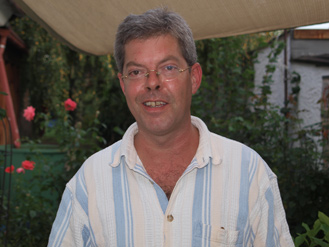 I was born in Erlangen, Germany, in 1964. After my high school diploma and university studies in Music Sciences, I was trained as an apprentice bow maker in the workshops of Roderich Paesold from 1988 to 1990 and then worked there for seven more years.

In 1993, I successfully passed the master craftsman examination in bow making, administered by the Chamber of Crafts and Trades of the City of Nuremberg.

In 1997, I began work in the Richard Grünke workshop in Langensendelbach (near Bubenreuth), where I was mainly active in the production of new bows, but I also did some major repair work.

Since 2001, I have been self-employed in my own studio in Erlangen (close to Bubenreuth and just North of Nuremberg).

In addition, I am one of the founding members of the International Pernambuco Conservation Initiative (I.P.C.I.), of which one of the goals is to plant new pernambuco trees in cooperation with scientists in Brazil.

I am also Vice-President of the ViolinArtAkademie, a local society for the promotion and furtherance of classical chamber music as well as support for concerts and music performances. A key aspect is to encourage talented young performers by providing master classes. 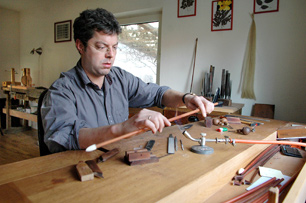